Quattro – A1 and A2 evolutions 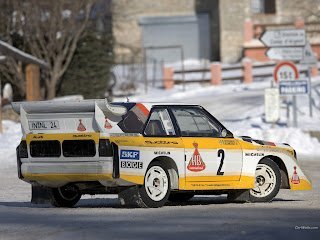 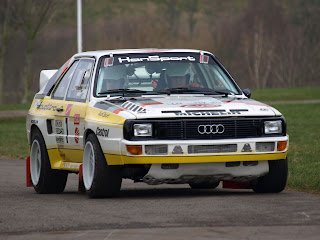 Audi Quatro S1
The original Audi Quattro competition car debuted in 1980, first as a development car, and then on a formal basis in the 1980 Janner Rally in Austria. Largely based on the bodyshell of the road-going Quattro models (in contrast to the forthcoming Group B cars), the engine of the original competition version produced approximately 300 bhp (224 kW; 304 PS). In 1981, Michèle Mouton became the first female ever to win a world championship rally, piloting an Audi Quattro.Over the next three years, Audi would introduce the A1 and A2 evolutions of the Quattro in response to the new Group B rules, raising power from the turbocharged inline 5-cylinder engine to around 350 bhp (261 kW; 355 PS).

The Quattro A1 debuted at the 1983 season opener Monte Carlo Rally, and went on to win the Swedish Rally and the Rally Portugal in the hands of Hannu Mikkola. Driven by Stig Blomqvist, Mikkola and Walter Röhrl, the A2 evolution won a total of eight world rallies; three in 1983 and five in 1984. 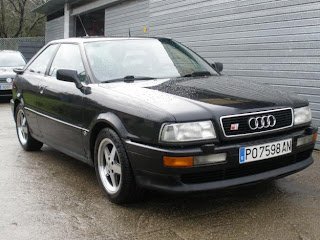 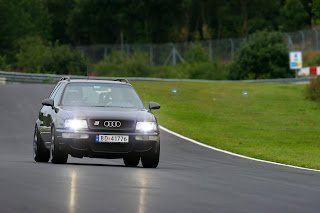