Win Through Your Actions, Never Through Argument 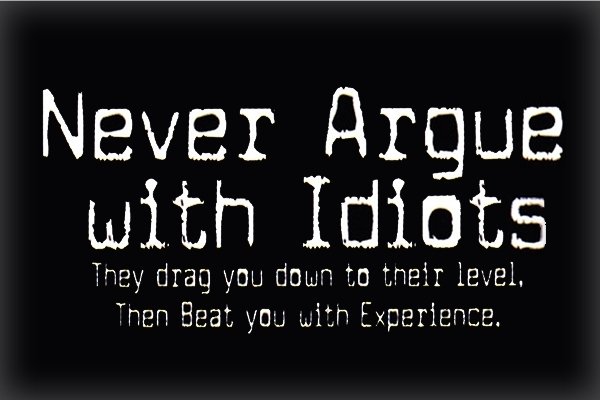 Hey everyone, it’s been a while since I wrote a post on one of the laws of power, so i’m going to write one now, do some of my blog reading and comment answering, and rest up tonight.

Make sure to check out my financial blog and my awesome blog, just updated both of them not too long ago. Glad to read all the great comments, and look forward to hearing more of your thoughts and opinions.  Please feel free to criticize, praise, or completely overturn some of the things I say.  We all learn by testing each others thoughts and opinions, and become more powerful from it.

“Any momentary triumph you think you have gained through argument is really a Pyrrhic victory: The resentment and ill will you stir up is stronger and lasts longer than any momentary change of opinion.  It is much more powerful to get others to agree with you through your actions, without saying a word.  Demonstrate, do not explicate” 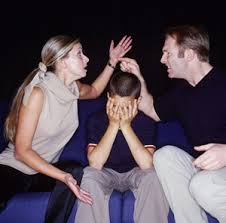 When we were young, we were told not to argue with our elders, to keep our mouths shut, and to do as we were told.  As we grew older, our freedoms became greater and greater, and by high school, many of us had already become rebels and could not go a day without arguing.

Most of the time we argue with our parents, our siblings, and with our friends, but after so many hours of battling with each other, what have we truly gained? There are times when it is appropriate to argue, however in your quest for power, you must learn how to win through your actions to develop your power base. Michaelangelo was one of the most skilled sculptors in the history of man, and he also knew the importance of keeping his mouth shut when the time was right, and achieving power not through argument, but by his actions.  Greene tells the story of a time when Michaelangelo was finishing up on one of his greatest masterpieces, David, and nearly fell on the brink of disaster when his patron, Soderini, arrived moments before he was finished.

Since Soderini considered himself a well-connected and powerful patron of the arts, he carefully studied Michaelangelo’s creation, the masterpiece he had created from a single mutilated block of marble that most had thought would be impossible to sculpt anything from.  He thought that Michaelangelo’s sculpture overall was incredible, however he paused and observed the nose of David, and decided that it was too big.  Michaelangelo knew that Soderini was standing at the wrong angle and could not get an accurate view on the perspective, however he did not argue….. 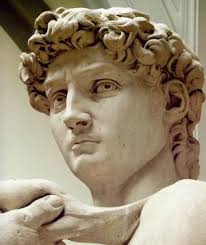 “Without a word, he gestured for Soderini to follow him up the scaffolding.  Reaching the nose, he picked up his chisel, letting the bits of dust he had gathered in his hand to fall little by little.  He actually did nothing to change the nose, but gave every appearance of working on it.  After a few minutes of this charade he stood aside: “Look at it now.”  “I like it better,” replied Soderini, “you’ve made it come alive.”

Winning the Game of Power

Michaelangelo was too smart to start an argument with a man he knew would have become easily offended and may have damaged his career and also loosened his purse strings at the same time.  The problem was that Soderini’s perspective was flawed, so Michaelangelo realized that if he could simply get him to the place (above the scaffolds) where he could get the CORRECT view of the nose in it’s proper perspective, he would be killing two birds with one stone.  First of all, Soderini did not realize what was the cause of his misperception, and believed that he had made an improvement even though Michaelangelo did nothing.

Now fast-forwarding back to our current day and age, imagine the hundreds or thousands of times you were arguing with your girlfriend, parents, neighbors, and anyone else.  Sure on the outside it may seem at times as if they were convinced by your arguments, but no one can read the other person’s mind and some people will become really offended and despise you without ever letting the words escape from their mouth.

“When aiming for power, or trying to conserve it, always look for the indirect route.  And also choose your battles carefully.  If it does not matter in the long run whether the other person agrees with you – or if time and their own experience will make them understand what you mean – then it is best not even to bother with a demonstration.  Save your energy and walk away.”

It’s hard to keep our mouths shut sometimes, but often times when you reflect upon the mistakes that you have made in the past, you realize that in many cases it could have been avoided if you had only just carried out an action instead of wasting your time going up and down the see-saw of arguing.  This was probably one of the hardest laws for me to write about because it is one of the most difficult to master and practice on your own.  We have been honed through many years of education to keep arguing, sometimes for the wrong reasons.

The only reason you should be arguing is if you are trying to cover something up, lying to hide your tracks.  But remember that doing this may dig you into a hole in which you may never escape from, unless you are skilled at this practice and are clever enough to plan ahead and devise a smokescreen to escape into a hidden tunnel and onto safety.

Thanks for reading, hope you enjoyed this post…. Took me longer than usual to write it, and even now I have mixed feelings about it, but feel free to leave comments/criticisms.