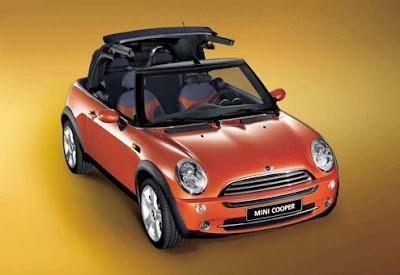 MINI Cooper cars Sliding windows allowed storage pockets in the hollow doors; reportedly Issigonis sized them to fit a bottle of Gordon’s Gin. The boot lid was hinged at the bottom so that the MINI Cooper cars could be driven with it open to increase luggage space. On early MINI Cooper cars the number plate was hinged at the top so that it could swing down to remain visible when the boot lid was open. This feature was later discontinued after it was discovered that exhaust gases could leak into the cockpit when the boot was open.

The MINI Cooper cars was designed as a monocoque shell with welded seams visible on the outside of the car running down the A and C pillars, and between the body and the floor pan. To further simplify construction, the hinges for the doors and boot lid were mounted externally. 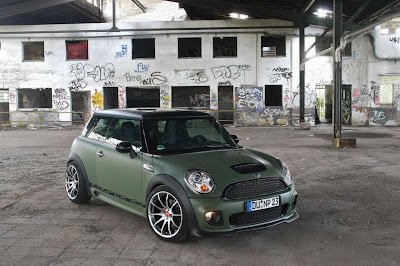 Production models differed from the prototypes by the addition of front and rear subframes to the unibody to take the suspension loads, and by having the engine mounted the other way round, with the carburettor at the back rather than at the front. This layout required an extra gear between engine and transmission to reverse the direction of rotation at the input to the transmission. Having the carburettor behind the engine reduced carburettor icing, but the distributor was then exposed to water coming in through the grille. The MINI Cooper cars engine size was reduced from 948 cc to 848 cc; this, in conjunction with a small increase in the MINI Cooper car‘s width, cut the top speed from 90 mph (145 km/h) to a more reasonable (for the time) 72 mph (116 km/h).

Despite its utilitarian origins, the Classic MINI Cooper cars shape had become so well known that by the 1990s, Rover Group—the heirs to BMC—were able to register its design as a trade mark in its own right.