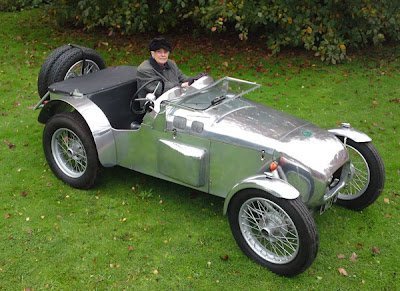 Lotus Mark IV was a trials car by Colin Chapman built on a Austin 7 chassis. Colin Chapman’s success at building trials Lotus cars brought another previous customer, Mike Lawson, to order a second trials car in 1952 to replace his Lotus Mark II, in which he won the Wrotham Cup. Once again Colin Chapman chose an Austin Seven as the starting point, reinforcing the frame and installing a four-cylinder 1172cc (71.5ci) Ford sidevalve engine. Colin Chapman used all the tricks he had learned in his previous cars, constructing a lightweight aluminum body with a rounded nosecone. He fitted a 3-speed transmission taken from a Ford 8and the divided front axle as on his previous cars. 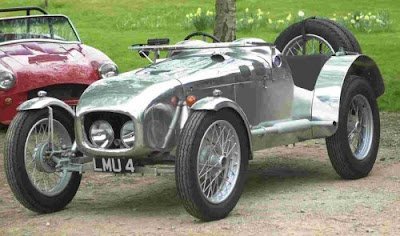 Mike Lawson won his class in the very first attempt in this car, following up with others, solidifying Colin Chapman’s reputation as a designer and engineer. The success of this car, and other requests for more cars, led Chapman and Michael Allen to establish Lotus Engineering in a disused stable in Hornsey. 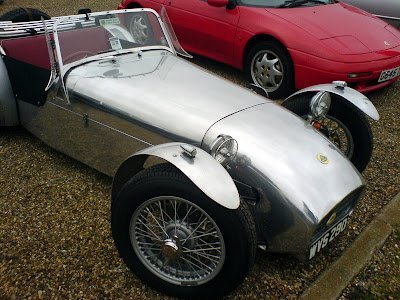