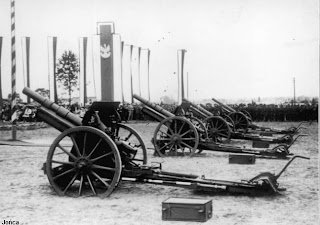 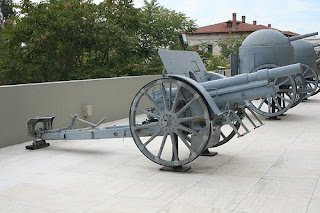 The Skoda 100 mm Model 16/19 (100 mm M.16/19) was a mountain howitzer modified by Skoda Works from the design of theM.16, and its most notable difference was the longer barrel. It is unclear if they were newly-built, or rebuilt from older howitzers. The Czech Army used this gun in both its 100 mm and 105 mm variants. After 1938, the guns were used by the Wehrmacht as 10 cm GebH 16/19(t) and 10.5 cm GebH(t). In addition, some of these guns were also used by Italy and Turkey, although this needs confirmation. The gun broke down into 3 loads for transport. The gun crew is protected by an armoured shield.