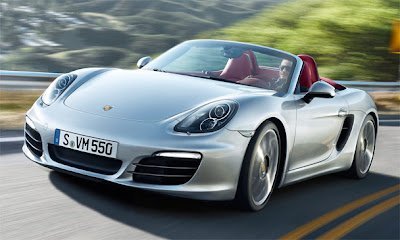 Porsche has spent years working on their 911, but while that might be their ultimate sports car, the Boxster is one of their best sellers. It was first seen as a disgrace to the Porsche name, as it was smaller and not as powerful, but once the Cayenne came along, all was forgiven. The first ever Boxster was introduced in late 1996 as a 1997 model and a 2.5-liter flat six-cylinder engine powered it. Three years later, the new Boxster S variant was introduced with a larger 3.2-liter motor, while the base model received a more powerful 2.7-liter engine. More changes came in 2003, 2005, and then again in 2007, when the Boxster got some of the stuff from the baby 911, called the Cayman.
In 2009, the Boxster models received several new cosmetic and mechanical upgrades that upped the power and performance. The changes kept coming and the Boxster kept taking them all in. Now the Boxster has been updated one more time and is looking better than ever. The Boxster S model lapped the Nurburgring race track in an impressive 7:58 – or about 18 seconds shy of the new, more powerful Porsche 911 which scored an heart-racing time of 7:40. This speedy lap time means the Boxster S is faster than models like the Corvette C6 (7:59), the Viper SRT-10 (7:59), and the C63 AMG Coupe (8:01) – which are far more powerful than the tiny Boxster. This result also makes the new generation better than the model it replaces which had a lap time of 8:10. UPDATE 06/08/2012: Porsche has found a very interesting way to promote the new generation Boxster: the company displayed the 2013 Boxster S and some members of its iconic lineage – the 550 Spyder and the Carrera GT – at Grand Central Terminal. Check out the video by clicking in the image above!. 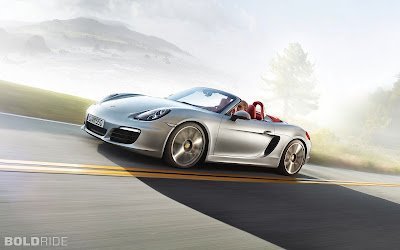 Porsche isn’t the best when it comes to designing things. One look at the first generation Cayenne and that becomes perfectly clear. There are more examples as well, as the 911 has been updated every few years, but not much ever changes visually. While Ferrari are the Versace of style, Porsche is the Kmart brand. 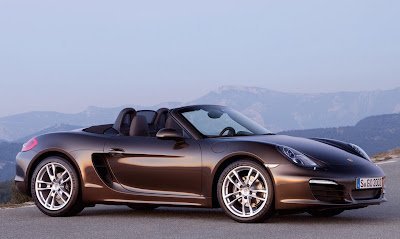 Although the new Boxster might look like the current model at first sight, when you look really hard you can see that every panel is all new. The front of the vehicle was inspired by the Porsche race cars of the 1970s and features a completely new lightweight body and a completely revamped chassis. It also gets large, imposing air intakes, a long wheelbase, and a low, raked windshield. Elements like the distinctive wings and the side air intakes were inspired by the 718 RS 60 Spyder. For the back of the Boxster, Porsche added a rear wing that is only visual when the car hits a top speed of 75 mph. The new Porsche Boxster will be offered with a fully electric convertible top that opens and closes in about 9 seconds and is operable at speeds up to 31 mph. 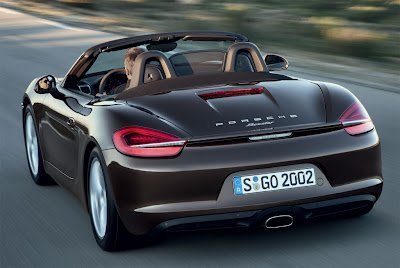 Both models, the Boxster and Boxster S, are powered by a flat-six engine with direct petrol injection. In the base version the engine has a displacement of 2.7 liters and delivers a total of 265 HP, while the S version gets a 3.4 liter version with 315 HP. Both versions can be combined with either a manual six-speed gearbox as standard or a seven-speed Porsche Doppelkupplungsgetriebe (PDK) available as an option. 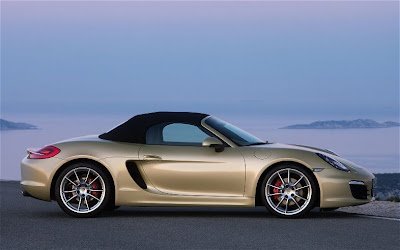 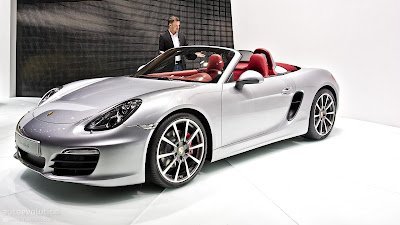