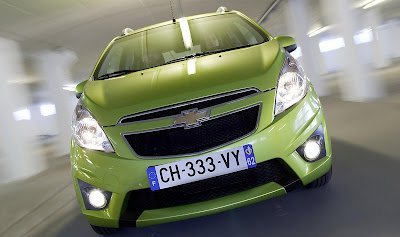 The Chevrolet Spark has taken the long way to the U.S. market, although it’s one car for which we haven’t minded waiting. Now GM is sharing more details, including which gas engine we’ll get (the big one!) and news of a small-scale Spark EV deployment. It was way back in 2007 when Chevy introduced a trio of small-car concepts—Beat, Groove, and Trax—and asked consumers to vote online for their favorite. The Beat, a three-door hatchback, won out. Its name was then changed to Spark for the U.S., and it grew a set of rear doors.

(We wonder if voters may have based their decisions in part on the door count—Groove and Trax were both five-doors—and the name. Or maybe they just liked the green paint.) Chevy has continually promised the car for the U.S., with the initial plan being to put it in dealerships by 2011. Then some bankruptcy happened, the car looked like it might not make it here, and U.S. sales were ultimately reconfirmed. The Spark has now been re-reconfirmed, with its on-sale date moved to the first quarter of next year. It will have the distinction of being the smallest Chevy ever sold in the U.S. Forgive us if we’re not terribly excited about this sub-Sonic entry. We drove one in Europe shortly after its debut there, and while this Korean-designed and -engineered hatch has a competent chassis, even the larger of the two gas engines wasn’t powerful enough to find its limits. That larger engine is the one we’ll get: a 1.2-liter four-cylinder making 83 hp and paired to a standard five-speed manual or optional automatic transmission. That’s more power than a Smart Fortwo and—well, just the Smart. The Spark made our list of 10 cars the world can keep for a reason. 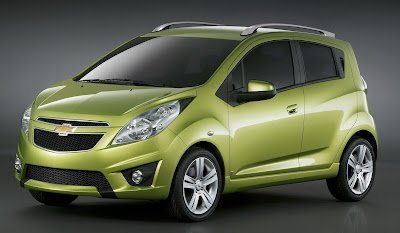 The U.S. and Canada will get a slightly face-lifted version of the Spark, with the most noticeable changes being a deeper grille and restyled fog-lamp surrounds. And while the Spark is small, it won’t be the smallest car available here. It’s a full three feet longer than a Smart, and longer than a Scion iQ or Fiat 500. Like the Scion and Fiat, it seats only four, but the two extra doors should make the back seat easier to access. Don’t expect tons of legroom or cargo space, though; the Spark is almost 16 inches shorter than Chevy’s five-seat Sonic. It’s also shorter than the three-door Geo/Chevy Metro. 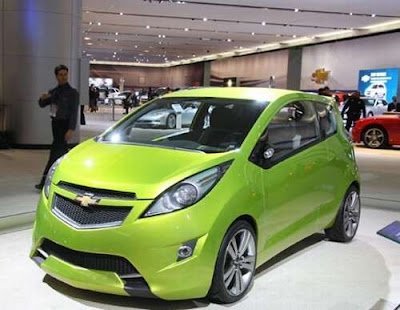 Spark EV. Get It?
Since cars this size make the most sense for urban dwellers—they’re the ones with the shortest commutes and the tightest parking spots—Chevrolet will use the Spark as the basis for its first modern all-electric U.S. offering. Such vehicles are becoming surprisingly abundant in this minicar segment; Smart already has the ED, Mini had its experiment with the Mini E, and Fiat and Scion are planning EVs of their own. As with the Smart and Mini, rollout will be limited to a handful of locations around the globe, with California being mentioned for the U.S. The Spark EV also will give GM an answer to the Nissan Leaf, a vehicle whose advertising centers around bashing the Volt for its range-extending gas engine. Nissan’s offering is larger, of course, and was designed from the start as an EV; we’re told the Spark wasn’t initially intended to carry batteries, which likely means a cargo penalty. 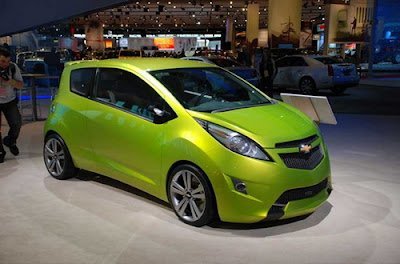 Details are scarce on the electrified Spark, but we do know it will use a nanophosphate lithium-ion battery from A123 Systems mounted below the rear seat and cargo area. Nanophosphate technology, A123’s specialty, helps shorten charge time and increase the usable amount of the battery’s energy. 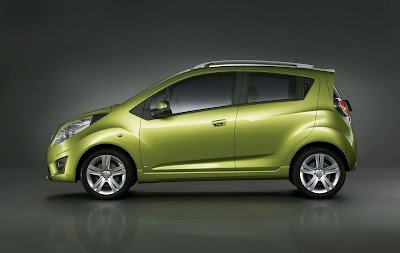 Like the Volt, the Spark EV has a plastic-filled faux grille opening to manage the reduced airflow required for the electric powertrain. Unlike the Volt, its batteries can only be recharged through the grid. Chevy aims to make the EV available beginning in 2013, likely as a 2014 model. We’ll see if it can stick to its schedule this time around. 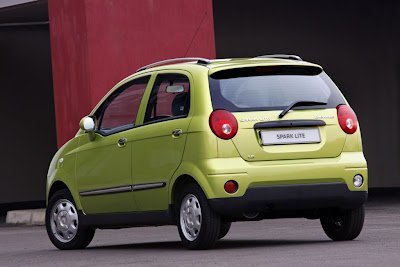 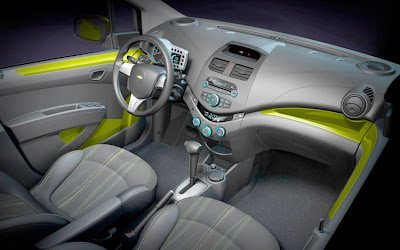 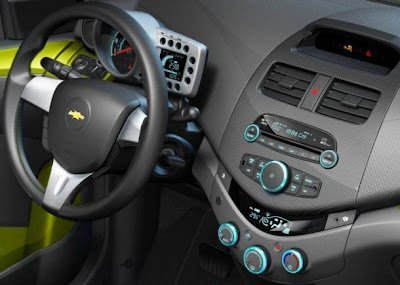